What could Thursday Night Football on CBS mean for the 2014 season? 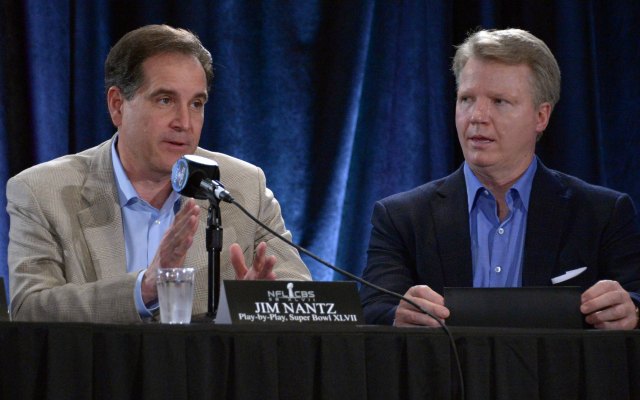 Football’s greatest connection to American culture has always been it’s relationship to the weekend, could that become an issue as fans demand more and more media in the 2.0 Media Age?

CBS will televise eight Thursday night games in 2014 and will feature play-by-play announcer Jim Nantz and color analyst Phil Simms on every game, according to a Wednesday announcement byÂ CBSÂ and the NFL.

In addition to broadcasting eight early season games, CBS will produce a total of 14 Thursday night games and two Saturday evening games. The remaining games will air on NFL Network.

The eight games on CBS will also be simulcast on the NFL Network.

NFL Network hosts will be used in the pregame, halftime and postgame shows along with the CBS Sports announcers.

â€œWe are very pleased to build on our outstanding partnership with the NFL by expanding our coverage to Thursday nights,â€ CBS Corporation President and CEO Les Moonves said in a statement. â€œCBS is a premium content company and the NFL represents the best premium content there is. I look forward to all this new deal will do for us not only on Thursday nights, but across our entire schedule.â€

Said CBS Sports chairman Sean McManus: â€œThe NFL is the most powerful programming in television. To add a primetime NFL package to our successful Sunday AFC package further strengthens our position in the sports marketplace. We look forward to having Jim and Phil and our top production team showcased in prime time on Thursday nights.â€

â€œNFL Network built Thursday into a night for NFL fans,â€ said Goodell. â€œOur goal is to bring these games to more fans on broadcast television with unprecedented promotion and visibility for Thursday Night Football on CBS.â€

The agreement is only for the 2014 season, but the NFL holds an option for an additional year.