CNN and HLN dumped from DISH, replaced with MSNBC programming 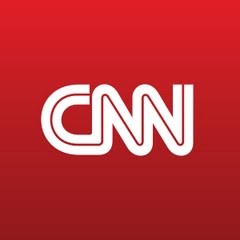 Just when the Cable News NetworkÂ had actually gained groundÂ in its ratings by picking up 555,000 viewers — a rise of two percent — in the third quarter of 2014, CNN has become one of the seven victims of a contract dispute between its parent company, Atlanta-based Turner Broadcasting, and the Dish Network, which hasÂ 14 million subscribers.

Another news-related casualty of the dispute is HLN, which lost 352,000 viewers from July through September. Formerly known as Headline News, the network’s viewership fell four percent during that period.

In an interesting twist, the CNN and HLN programs have beenÂ replaced with MSNBCÂ content. That change might boost the low-rated liberal channel’s standing while diminishing the audience of the two other networks.

However, Turnerâ€™s most popular networks — TNT and TBS — are not affected because they are part of a separate deal.

This is only the second time CNN has been blacked out. An earlier clash was actually a very minor dispute last year involving a half-million households with a small carrier. This isÂ by far the biggest disruptionÂ for the news network.

Turner has been trying to receive higher per-subscriber fees where it can, but some of its networks have not seen enough growth to justify such rates.

For those TV-ratings junkies who follow these things, FOXNews is still the leader in terms of viewership.