Comcast finds itself in another PR mess 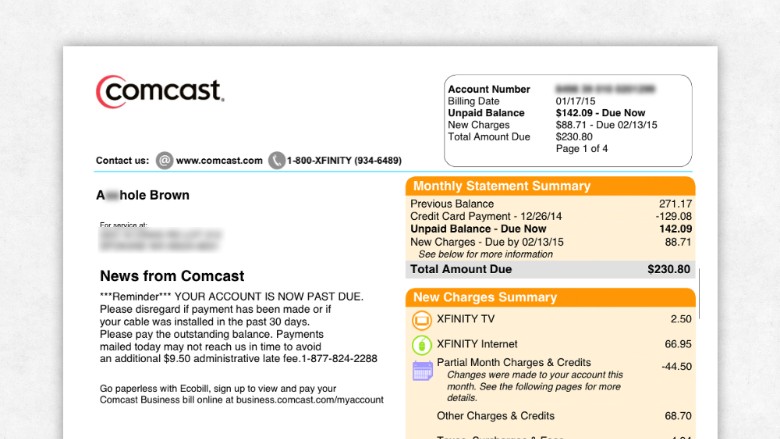 Just when you thought it couldn’t get any worse, when cartoonish stories of crazy retention employees couldn’t get any weirder, Comcast outdoes itself again with another parody of their long infamously terrible (or more specifically, indifferent) customer service.

This time, it was a Comcast customer service rep changing the name of a complaining customer (we have a hunch they had a legitimate complaint) to A-hole (and not in those words), and the customer found out when they signed into their account online — alerting the company asap.

The company said it fired the employee responsible, and is looking at some technical fixes that would prevent this kind of thing from happening again.

ComcastÂ (CCV)Â is fully aware of its reputation for bad customer service, and has apologized for it before.

In one of the more public incidents, Comcast customer Ryan Block posted a recording of anÂ eight-minute phone callÂ in which a rep refused to cancel his service.

Of course, the issue so much the optics with Comcast as it is the timing and almost baffling display of tone deafness in their response to these (admittedly minor) incidences when you figure the millions of customers and logistics that Comcast has to employee to bring multimedia to people across the country.

That idea is obviously preposterous, and the recent A-hole story is just that, it stinks.