Early look at Apple Watch Apps — TV in the works? 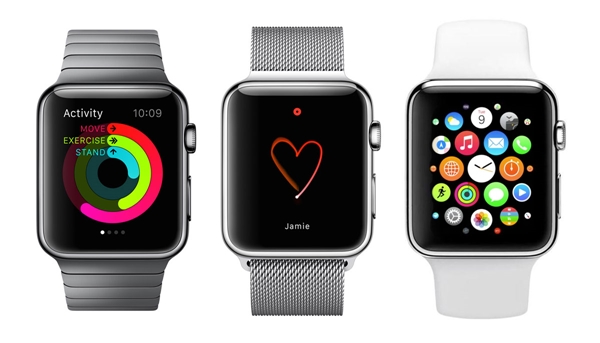 If youâ€™re struggling to find useful and/or working apps for your Apple Watch, youâ€™re not alone. Apps have been notoriously buggy in the young life of Apple Watch, and it can also be hard to find a reason to open apps on a watch instead of pulling them up on a phone or tablet.Â  Below are three Â apps that are worth your time (get it?).

Dark Skies is a fairly straightforward weather app that does its best work without needing to be opened. As the name indicates, when severe or inclement weather is on your horizon, you will receive a notification letting you know the end (or a thunderstorm) is near. The app can be opened for more specific weather updates, but the passive notifications are the calling card.

Tired of reading the short synopsis of articles at the top of a website? Frustrated when your Facebook friends take three sentences to explain the gist of breaking news? The New York Times app has you covered, providing one sentence stories (not headlines) that fit easily on the watch screen.

The Times’ Watch app holds about six stories at a time. If any one catches your interest, Â scroll down for a few additional bullet points of information or a photo. If you want to read the entire story, just Force Touch and save it for later. â€œThe app’s goal is to give you a very quick way to catch up on the biggest recent news, and it accomplishes that in a really satisfying way. It’s one of the more polished and responsive apps that we’ve seen,â€ says Jacob Kastrenakes of â€œThe Verge.â€

Tired of fumbling for your phone to figure out what song is playing? Shazam on your wrist makes it a quick and easy process, communicating with your phone in your pocket (hopefully you arenâ€™t wearing sound-proof pants). Though not quite as streamlined as it would be if the Apple Watch Shazam app could listen to music, it is still an effective and much more casual way of looking up songs and lyrics on the go.