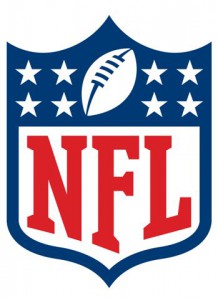 The Federal Communications Commission on Tuesday voted to kill off its four-decade-old sports blackout rules over the fierce objections of the NFL.Â In a decision that will likely make more headlines than actually fix issues on the field, the FCC’s decision to end blackout rules has certainly ended a long-hated rule by fans nationwide that allowed sports leagues to blackout games if a particular event was not sold out — essentially forcing local fans to purchase tickets.

â€œThis FCC rule, whatever sense it made in 1975, is completely obsolete and outdated, and simply empowers the NFL to keep fans in the dark and prevent them from watching games they deserve to see,â€ Sen. Richard Blumenthal (D-Conn.) told reporters ahead of the vote.

Even after the FCC move, the NFL can still make individual deals with cable and satellite providers to black out certain games. But supporters of the FCCâ€™s action said that it was not the governmentâ€™s place to side with the league against fans.

It’s certainly going to be interesting to see how this actually affects ticket sales within the NFL. (The ruling was not specificallyÂ geared toward or limited to the NFL, but the National Football League is one of the only sports leagues nationwide that still practices the blackout maneuver.)

One has to suspect that recent troubles within the public relations arm of the league may have allowed the political environment for such a vote — which has been long coming — when the league is too weak in the public eye to make a strong fight back.
In that dispute, Time Warner Cable, which owns the local TV rights to Dodgers games, has failed to reach deals with other cable and satellite providers to carry the new SportsNet LA channel that airs the games.

Wheeler, who has publicly criticized Time Warner Cableâ€™s inability to strike a deal with other pay-TV distributors, said he hopes the agencyâ€™s vote sends a message that â€œleads to the elimination of sports blackouts altogether.â€

â€œThere are 60 million people and growing, including a lot of minorities, that are watching NFL football on free television, and we want to keep it that way,â€ NFL Commissioner Roger Goodell said in August.

â€œWe are concerned that a change in this area … could have an impact on the overall business model for free television,â€ he said.