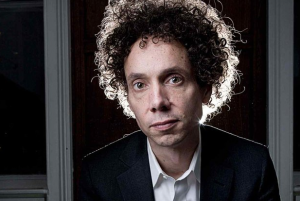 Perhaps following in the foot steps of Michael Crichton — the famous science fiction and medical writer with a strong scientific and educated background rare in screenwriting — it has been reported that Malcolm Gladwell will be writing a TV medical drama in he vein of other heavily dramatic and realistic brand of shows that have been on the rise in recent years.

Reactions to Gladwell’s penmanship in a science-driven series are no doubt going to be predictable. There are entertainment driven watchers and writers who will love just about anything the journalist does (and for good reason, he’s a phenomenal storyteller as his sales show year in and year out), and there are those who love Gladwell’s inclinations to be thoughtful and well-read, even if not so scientific all the time.

But, that last point is where Gladwell will always be a lightning rod. In the The Verge report on Gladwell’s show, the ire was is visible in the writing, as many int he technology industry loath Gladwell’s lack of total commitment to the scientific method, and there’s almost a Hipster’esque hatred for Gladwell in a sense.

Everyoneâ€™s favorite pop sociologist has just been contracted to pen a TV show: as New York Magazine reports, Malcolm Gladwell will be co-writing The Cure, an American medical thriller starring a “young, impulsive” black neurologist. Gladwell, whose five books about behavioral science and psychology have sold more than 4.5 million copies worldwide, will be taking point on the story, which involves the main character “taking the law into her own hands” as she fights to cure some sort of ghastly disease.

The author and celebrity New Yorker columnist has also, for many years, maintained close ties to the world heâ€™ll be writing about â€” in 2004, he posted a 6,492-wordÂ disclosure statement to his website in which he described the conflict of interest at play as he simultaneously wrote about the pharmaceutical industry and received tens of thousands of dollars from health care companies as payment for speaking engagements.