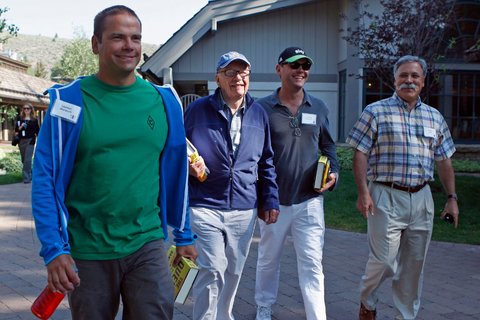 The NY Times is reporting that Rupert Murdoch has declined to purchase Time Warner, which would have been the largest media merger in the last decade — even bigger than the recent Comcast / Time Warner Cable merger that has been making headlines.

â€œOn behalf of our board and senior management team, I am writing to inform you that we are withdrawing our offer to acquire Time Warner, effective immediately.

A hand-delivered letter bearing the same message arrived soon after.

Thus ended â€” for the time being, anyway â€” what was shaping up as the biggest media merger in a decade, a $150 billion union of two giant conglomerates. Together, Mr. Murdochâ€™s 21st Century Fox and Time Warner would have created a colossus that loomed over the industry, combining the two biggest movie and television studios in Hollywood and enabling Fox to try to challenge ESPNâ€™s sports broadcasting dominance. It also would have melded two vastly different corporate cultures: the generally liberal Time Warner, home of HBO, and the more conservative Fox, home to Fox News.

Ultimately, though, Mr. Murdoch decided to walk away. He was put off both by Time Warnerâ€™s apparent hostility to the prospect of the deal and by the response of his own shareholders, who have been driving the price of Foxâ€™s stock down since news of the offer broke, fearing he would overpay to secure victory.

In addition to Time Warnerâ€™s entertainment and sports properties, Fox wanted to add size, and thus leverage, as distributors like Comcast and AT&T undertook megamergers of their own, threatening greater negotiating power over content producers.