NFL Sunday Ticket may be available to all this season 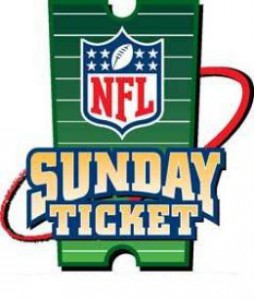 It looks like NFL Sunday TicketÂ may no longer be just for DirecTV satellite users, which could be great news for millions of cable subscribers and DISHÂ Network customers.

DirecTV announced on its website theÂ introduction of NFLSundayTicket.tv, which allows subscribers to stream live, out-of-market games without requiring a dish. Fans can stream the contests on laptops, tablets, smartphones or using a gaming console.

Packages range from $199.99 for laptop, computer and phone services (with a student discount available) to $329.99 for the full package on all compatible devices and gaming consoles, including DirecTV’s Red Zone Channel and newÂ FantasyÂ Zone channel.

While some residing outside restricted areas will still bemoan having to pay for DirecTV in order to utilize Sunday Ticket, it’s a game changer for those in urban areas unable to partake due to regulations.

The move for DirecTV admits two things: A) Americans are utilizing their mobile devices to stream more and more. And B) the demand for NFL games is overwhelming.

The first Sunday the service is available is September 7.