Sling TV is here: What You Need to Know 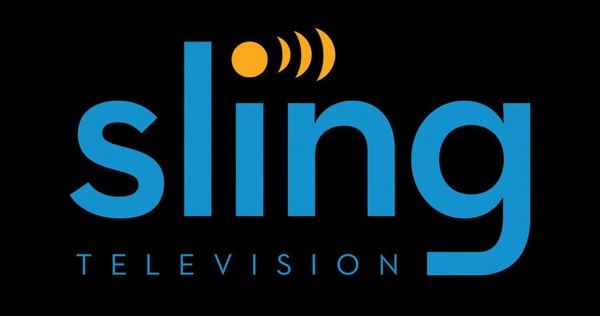 Dish’s new offering, the first fully legal over-the-web TV service with ESPN, Sling TV, has finally been launched this month and it’s making quite the stir. While DISH will no doubt be adding features left and right (ESPN3 access was just added, and there are reportedly channels on the way like AMC and EPIX movie channels), let’s take a look at what’s available now.

Our friends at ExitEvent reviewed Sling TV in detail, and their findings are republished here:

Itâ€™s hard to find a report or review of Sling TV without the words â€œgroundbreakingâ€ or â€œunprecedentedâ€ slipping into the rhetoric, and thatâ€™s not without good reason.

Live only since February 9, Sling is the first Internet-only streaming service with major national channelsâ€”most notably, ESPNâ€”that doesn’t break the law (e.g. streaming illegally over a web browser) and won’t be shut down by the Supreme Court (as was the case with Aereo last summer).

Though itâ€™s not a true a la carte or â€œunbundlingâ€ of cableâ€”you still have to purchase the 14-channel base packageâ€”Sling TV certainly gives consumers (and competing cable providers) something to think about with a no-contract subscription that starts at $20.

However, as disruptive as Sling TV may seem to old school cable structure, itâ€™s important to note that itâ€™s still owned and operated by Dish Network, and while DISH has never been afraid to rock the boat (proven by the fact that it would launch Sling at all) the company likely isnâ€™t interested in waking up tomorrow morning to find that most of its customers have switched from ~$120/mo bills to $20/mo, and Sling.com even downplays the connection with its parent company.

In other words, DISH wants a good product, but not too good, and the subscription as a whole is probably aimed at folks who have already cut their cord, not those who would like to switch to a lower cable bill. Any glaring limits to the service are probably a calculated move in this regard.

Did Sling hit the target? I spent the last week using the service in every which way I could:

What channels and features come with Sling TV?

There is no manual DVR with Sling TV, though about half the channels have video-on-demand for most of their programming, as well as a 10-second rewind, 30-second jump ahead, and â€œwatch from beginningâ€ feature.

It would be disingenuous to pretend that ESPN isnâ€™t the main attraction to Sling TV in general, and DISH is no doubt going after that demo hardâ€”those whoâ€™ve cut cable or put off subscribing entirely because ESPN was all they wanted in the first place.

ESPN & ESPN2 are included in the base package, and for $5 more, Sports Extra adds those listed above. The ESPN channels offer no replay or DVR of any kindâ€”likely a concession DISH had to make to get the contract with Disney.

It was first announced that â€œcertain live eventsâ€ carried by ESPN would not be available on Sling TVâ€™s version of the Worldwide Leader, and naturally that caused a lot of apprehension among sports fans looking to take the plunge. The issue was in regard to ESPN3; originally, Sling TV subscribers could use their login to access the WatchESPN app, but they would not have access to the ESPN3-only live events. However, as of February 18, Sling TV customers have full ESPN3 access, an important offering for fans of less visible teams.

Getting Sling TV is fantastically easy. Simply go to sling.com, click sign up, and youâ€™ll instantly see options for purchase: the main package, and any add-ons youâ€™d like to include. Next, enter an email address and password, choose your payment method, and voilÃ , youâ€™ll be watching Sling TV as soon as you install an app on any compatible device. You can also choose if Sling should auto-renew your service month-to-month. (There’s a seven-day free trial going on now.)

Sling TV is not available over a browser or directly over the webâ€”it must be used in an app. There are three ways for this to happen. The first is via a mobile device with Android (4.0.3+) or iOS (6.0+), including smartphones or tablets, with apps available in the Google Play Store and iTunes. The second is via a desktop/laptop with Slingâ€™s PC or Mac application, which is available at Sling.com. The third option, which might suit most users for long-term use, is via tv-connected media player boxes, currently Roku and Amazon. (Sling is currently offering a free Roku box, Roku stick and/or Amazon Fire equivalents to anyone who prepays for three months of service.)

For those who can connect their laptop or any device to a TV (perhaps using HDMI or something similar), you can watch Sling on your big screen by simply connecting how you would for anything else. Just drag the app window to the television once youâ€™re connected. I occasionally plugged my laptop into a TV via HDMI cable just as one would with any PC/Mac-to-TV set up, and it worked great.

Sling can only be accessed from one device at a time, but users are free to switch between these as they please, so you can jump from your phone to your laptop to your iPad with no problemâ€”but you will have to stick to one at a time. I tried logging into a second device concurrently and was successful, but the previous device was signed out automatically within about 30 seconds. Donâ€™t plan on sharing this with the whole neighborhood without some heavy coordination.

An XBOX app and Nexus Player app are reportedly on the way soon. There is currently no native support for Chromecast, though reports are calling for a mid- to late-2015 appearance on that platform. Thereâ€™s no Chromebook app either and no word on when that could happen, if at all.

Adventurous Chromecast users can watch Sling on a TV using Chromecastâ€™s â€œscreencastâ€ feature, but the quality is definitely weaker. It works, but itâ€™s certainly not a long-term solution.

Apple TV is noticeably absent from the discussion, and this might be from Appleâ€™s desire to have its own unbundled TV service. Knowing Apple, this could mean thereâ€™s never Sling TV compatibility, at least in the native sense. There have been reports that Apple TV users can use AirPlay to stream Sling TV in a non-native format (much like Chromecast), but I wasnâ€™t able to pull this off and CNET.com, in its reviews, has also said it was unsuccessful.

For the most part, Sling TVâ€™s picture quality and streaming is great. I used it in multiple locations, including 4G LTE in downtown Raleigh, at home solo on Time Warner Cable cable at 50Mbps (TWCâ€™s fastest offer), at a crowded coffee shop on public WiFi, and over a shared AT&T U-verse wireless connection with multiple devices using dataâ€”all worked just fine, most in HD within seconds, with only slight buffering within the first moments of any new channel.

To be clear, the picture is never quite as sharp as maybe a perfect in-home cable connection. You might want to test it for a week first if youâ€™re a heavy TV user, but it was close enough for my taste.

I used the service on every major device offered and the experience was nearly identical, whether on Macbook, iPad, Windows, Nexus 5 or anything similar. The only difference seems to be that the TV boxes like Roku and Amazon make their on-demand features a bit more visible from the main menu.

The mobile stream is especially impressive, and itâ€™s easy to wonder if Sling put more into developing this side of the product considering the demographic itâ€™s aiming to please. For instance, I never experienced a crash or slowdown of any kind on a mobile or tablet device, and the full HD picture always came in a bit quicker.

The Windows app occasionally froze or needed to be restarted in order to work; it would always work within a restart or two, but itâ€™s worth noting that this happened consistently at least once a session.

For those with capped data plans, or simply slow connections, there are controls to keep your streaming at or below a certain quality level. Itâ€™s simple to use and a nice touch if you have concerns there.

User experience and easy of use

Sling is refreshingly easy to use and figure out. There are two main menus on each side of the screen (on the left are on-demand options and settings, on the right are live TV selections), and the bottom of the screen displays channel selections and information. Itâ€™s easy to slide up and down each channel and see whatâ€™s coming on. You can also select â€œon-airâ€ and see whatâ€™s live on each network at that time.

One thing most users will pick up on quickly: it usually takes two or more clicks to change the channel. At first this appears antiquated for the average Millennial, but it seems to be a calculated attempt to keep users from accidentally clicking off channels when theyâ€™re just surfing. It wouldnâ€™t surprise me if Sling did some testing and found users were more annoyed by losing a current channel than taking an extra click to find a new one.

Either way, within a few minutes youâ€™ll feel like a pro. There isnâ€™t much to add here because itâ€™s that simple to use.

Itâ€™s hard to write a definitive report on a service thatâ€™s so new and constantly changing. Sling has announced a partnership with EPIX for live and on-demand movies, AMC is supposed to be added within the year, and there are enough rumblings and rumors to fill an entire article on its own.

A general rule of thumb when evaluating Sling for your lifestyle might be that if youâ€™re still overly worried about losing DVR and a few of your favorite channels, then you probably want to wait to see what comes out next, both from Sling and its competitors.

This is the new wave of TV, and thereâ€™s likely to be a large supply in the coming months and years. On the other hand, if you are already leaning toward Sling and merely need a good review to put you over the top, consider this it.

Sling is great. It does what it says and nothing else. If ESPN is what you need, it’s certainly cheaper than tipping a bartender after every game you want to watch.

Though Sling TV is the first of its kind, it will not be the last, even from Dish Network. One thing is for certain though, services like this are absolutely the future and Sling TV is setting the groundwork for whatâ€™s coming very soon.