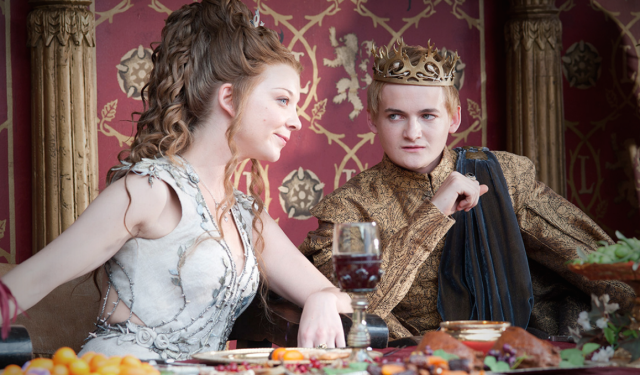 Reminder: You still canâ€™t get HBO without paying for other TV channels, too. END_OF_DOCUMENT_TOKEN_TO_BE_REPLACED

Five upcoming shows on HBO you need to check out

TV critics and straight-up TV junkies alike often can’t wait for the upcoming projects green-lighted by HBO. While many American viewers have developed addictions to shows such asÂ Game of Thrones, The Newsroom,Â andÂ True Blood,Â the end of 2013 into 2014 is bringing a series of several promising projects with a string of well-known actors, veteran writers, assisted by novels familiarized throughout the past decade. Some drama, some comedy – this is a list of future shows planned for HBO that have been green-lit for airing.

Remember that HBO is available on DISH Network free for three months when you order your package today.

Starring Woody Harrelson and Matthew McConaughey,Â True DetectiveÂ will span across seventeen years in the swampy depths of Lousiana as Harrelson and McConaughey star as two state detectives tracking down an elusive serial killer. The skeletal plot sounds simple enough, but with those involved with the project, this is sure to a strong crime drama that HBO would only be able to pull off.

The long-time associate of Ricky Gervais, Stephen Merchant is back with what is being hailed as a “cringe comedy”. Though it often seems that Gervais and Merchant are inseparable (an of course we can’t forget about Karl Pilkington), it sounds like Gervais has no association withÂ Hello Ladies.Â The comedy will center on Merchant, who plays a British (of course) web programmer who has recently moved to Los Angeles with the expectation that the city is just as glamourous as has been portrayed. Looking for love turns out to be a miserable process, as the show follows his exploits around LA. Knowing the mind of Merchant at work, this has the potential to bring a new dynamic to the romantic comedy, if that’s what you want to call it.

Mike Judge (Office Space, Bevis and Butthead)Â is back with is sure to be Office SpaceÂ on steroids. Not much has been released about Silicon Valley,Â but the description has gone like this: “…where the people most qualified to succeed are the least capable of handling success.” Shooting has already begun, but nothing is known about when this show is set to air. Knowing the creative force of Mike Judge,Â Silicon Valley could very well be hard to miss.

Fans ofÂ Breaking Bad on AMC won’t have to be quick to miss Walter White’s sidekick Jesse Pinkman, played by Aaron Paul. Paul is rumored to be the star of a show recently ordered by HBO called The Missionary.Â Paul is to play an executive for Coca-Cola in Berlin during the 1960s at the height of the Cold War. While handling big business, the executive also doubles up with the CIA to help citizens of the Eastern Bloc to escape Communist rule. Charles Randolph and Mark Wahlberg are behind the project, and both have had their share of experience with HBO.

Based off of a book by Karen Russell,Â Swamplania!Â will focus on the Bigtree family and their bizarre Florida tourist attraction that is infested with alligators. The book was highly regarded when it came out two years ago, and the plan to adapt it onto the screen came pretty quickly after. Nothing much is known about this adaptation, but plenty of people have been talking about it.

HBO has many exciting new Latino series, movies and telefilms coming up in 2013!

Moving? It’s easy to transfer your DISH service! Simply call DISH and give them your new address and schedule a time for a technician to come by your new house. Then all you have to do is pack your receivers and remotes, you can leave you dish behind, and bring them to your new house for your new installation. As well as a super simple process, DISH also offers these great savings as a way of welcoming you to your new home!

DISH wants to give you the best value, as well as the best in entertainment and television technology. With a free Hopper with packages starting at just $24.99/month for the first 12 months, as well as 3 months free of all four premium channels – HBO, Showtime, Starz, and Cinemax – and Blockbuster @Home, and HD free for the life of your account, why would you ever pay more for TV?

DISH has the best savings with the widest selection offered on the most advanced technology. Store up to 2000 hours of programming on the Hopper, that twice as much recording space as any other DVR on the market. The Hopper feature AutoHop allows you to automatically skip commercials in prerecorded primetime television – automatically recorded when PrimeTime Anytime is enabled. Having the Hopper with DISH Network is the best way to watch TV!

Hopper for the Holidays

Give the gift of commercial free TV and the industry’s most advanced DVR to your family this year with a free Hopper with packages starting at just $24.99/month for the first 12 months with a 24 month agreement.

The Hopper can record up to 6 channels at once during primetime with the PrimeTime Anytime feature which automatically records primetime television and saves it for up to 8 days. The primetime television recordings do not take up space on your massive 1TB personal hard drive, can be saved to your personal hard drive to keep if you haven’t gotten a chance to watch it, and you can automatically skip over all of the commercials with the exclusive AutoHop feature.

As well as award winning technology designed to fit your needs, you can also get:

With such great deals from DISH, you have to ask yourself this holiday season, why would you pay more for TV?

Premium channels like HBO, Starz, Showtime and Cinemax are the destination for movie lovers. From new releases to family favorites, even whole channels dedicated to horror, action and romance! And DISH makes it easy to enjoy premiums.

When you order multiple premium TV and movie channels, you save more!

$26/mo, Save up to $5 a month when you subscribe to two premium packages.

$35/mo, Save up to $9 a month when you subscribe to three premium packages.

$44/mo, Save up to $13 a month when you subscribe to four premium packages.

For a limited-time only, switch to DISH and get a FREE Hopperâ„¢ Whole-Home HD DVR â€“ a $99 instant savings. Plus, save an extra $5/mo on DISH’s most popular package.

The Hopperâ„¢ Whole-Home HD DVR is the most advanced set-top box in the industry delivering features that will change the way you watch TV forever. Get the Hopper FREE with America’s Top 120 and above.

Along with a free Hopper whole-home HD DVR, you can also enjoy DISH’s great every day values. Including HD Free For Life, which offers a savings of $120/year. You can also get three months of Blockbuster @Home for free, and enjoy Blockbusters library of over 100,000 titles and new releases. If you love premiums, DISH has the best deal for qualifying new customers. HBO, Starz, Cinemax and Showtime are free for three months, that’s a $132 value. All of this with free, professional installation from DISH’s trained technicians. Why would you ever pay more for TV?