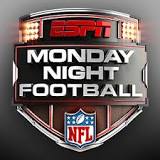 As we approach the 2014 NFL season, week 3 of preseason games is underway–when most teams are beginning to actually play their starters in full form, and one of the crucial bits for fans to chew on is always the Monday Night Football schedule, of course.

The NFL has always had an interesting and maybe even counterintuitive means of success. For football, less is more: there are usually only 3-4 games on every Sunday, and you can’t exactly check out a game on a Tuesday afternoon like baseball. This has led to Monday Night Football to being one of the league’s most visible and iconic franchises.

As always, there are some great games this year, with some interesting matchups built-in with recent scheduling based on who the league thinks will be competitive and interesting. So, let’s check out the threeÂ top MNF games this season:

Giants at Lions, 7:10PM, September 8th — The NFL MNF schedules kicks off this year with this match up between New York and Detroit — the game time is slightly earlier because the league always play two games on the first MNF weekend. Neither of these teams are world beaters, but that’s exactly why they’ll be interesting to watch. Both still have above average quarterbacks and offenses, but can their defenses get them into the playoffs?

Patriots at Chiefs, 8:30PM, September 29th — This is the Patriots only game on MNF this year, and there won’t be too many of these left that feature Tom Brady. So don’t miss it. The Chiefs have their own QB in Alex Smith who isn’t so bad himself. He’s actually kept up a pretty solid record since getting sent off from the 49ers.

Seahawks at Redskins, 8:30PM, October 13th –Â Two young, mobile quarterbacks. Two solid defenses. Great offensive weapons. This should be a good one. And with Seattle looking to be the Super Bowl favorite here, this could have serious implications in the NFC fight for the top spot in the playoffs.