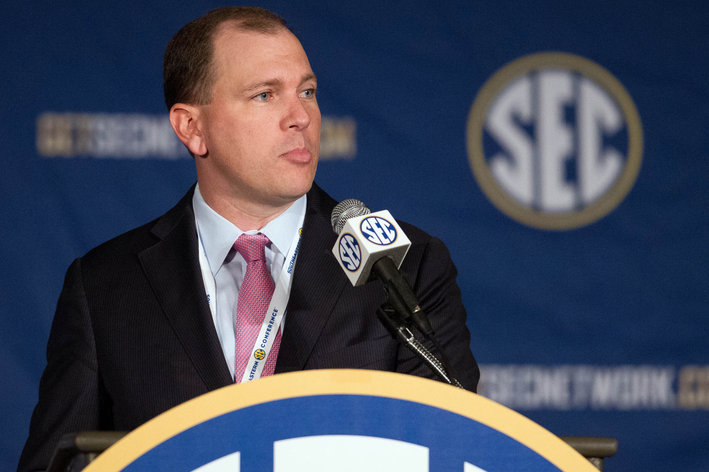 In an interesting move, especially when considering the massive amount of money tied up in the new venture between the Worldwide Leader and college football’s top conference, ESPN has announced they aren’t releasing the SEC Network’s ratings — at least for now.

Reported by the Dallas news, likely because of potential games being played in AT&T stadium in Dallas, reported this week.

Considering the nearÂ billion dollars wrapped up in the deal between ESPN and the SEC, one might think the decision warrants some worry from those with a financial stake in the network’s longtime viability. It’s widely been considered that the network would certainly flourish, considering the demand in the millions already, even outside the Southeast United States, and the long term success of the BigÂ 10 Network despite that conferences total ineptness in national football recently.

Suffice to say, no one is actually sure why ESPN is being so tight lipped. The ratings for South Carolina / Texas A&M were no doubt strong — as they opened the season and ratings have been through the roof once again for football.

Perhaps the only explanation is to mitigate some sort of competitive advantage (or disadvantage) between ESPN and other carriers — perhaps as ESPN tries to get the network signed on to every national and regional carrier like DISH Network and the like (though DISH has notably been the first nationwide carrier to pick it up).

Bottom line, it won’t look good for ESPN as long as this continues, and discontents will continue to raise the possibility that the mega-funds of the new era of college sports might not be so clear cut.