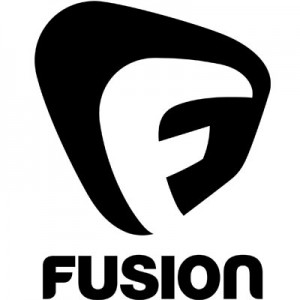 As is so often the case with new DISH programming news, the satellite and digital network has announced a brand new exclusive network this summer, Fusion — a product of ABC and Univision (hence the name). and the channel has been off and running for months nationwide, garnering rave reviews in the process for innovation and forward thinking.

DISH expanded its programming lineup with the addition of Fusion Network, a new channel with a unique mix of original reporting, lifestyle, and comedic content aimed at young, multicultural viewers. As the first nationwide provider of Fusion,Â DISH Network L.L.C., a wholly owned subsidiary ofÂ DISH Network Corp.Â (NASDAQ: DISH), continues to grow its appeal to a variety of audiences.

Through its television and digital properties, Fusion speaks to a diverse new generation across all DISH customers, saidÂ Alfredo Rodriguez, vice president of marketing. DISHs overall lineup is greatly enhanced by Fusion, helping us to better connect with an important viewing demographic that is an increasingly influential member of todays marketplace.

Labelled a “Big Bet” by AdWeek, the channel has been seen as somewhat risky by the usually conservative Disney.

“We are winking at Hispanic, it is not overtly Hispanic,” said Catherine Sullivan, senior VP-ABC News Sales.

“If you are not Hispanic, you won’t feel like the network isn’t for me,” she added.

The approach is a seismic shift for Univision, which has always resisted English-language programming but has come to realize that even though the network’s ratings are going up, demographic trends are shifting from foreign-born, Spanish-dominant Hispanics to U.S.-born Latinos who are growing up as English speakers.

Historically, Latinos in the U.S. have had limited choices on TV. Spanish- language networks like Univision and Telemundo do a decent job at news, but the cheesyÂ telenovelaÂ reigns supreme. Newer outlets like Telemundo’s Mun2 and MTV’s Tr3s, which dabble in bilingual content, haven’t emerged as major players.

Fusion, a new English-language network aimed at young Latinos and their multicultural peers, wants to change all that. With a reach of more than 20 million households nationwide, Fusion â€“ created by ABC News and Univision â€“ is out to capture a demographic whose spending power Nielsen has predicted will grow to $1.5 trillion in 2015.