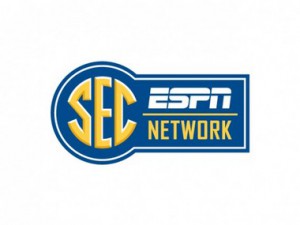 The SEC Network, set to launch on Aug. 14, and ESPN have reached an agreement withÂ Time Warner Cable and Bright House Networks to carry the network, it wasÂ announced Thursday.

“We know we have customers who want the SEC-ESPN Network, and are pleased to bring it to them,” saidÂ Andrew Rosenberg, Senior Vice President of Content Acquisition for Time Warner Cable. “This deal will help ensure that fans and alumni of SEC universities won’t miss any important games.”

The announcement comes a week after the SEC NetworkÂ reached an agreement with Comcast, which covers much of Alabama and Mississippi. With AT&T U-Verse, Cox Communications, Dish Network and Google Fibers already on board, the addition of Time Warner and Bright House, the second-largest cable provider in Florida, makes the SEC Network available to approximately 60 million households nationwide.

“Time Warner Cable and Bright House Networks customers reside in some of the most intense fan areas of the Southeastern Conference,” saidÂ Justin Connolly,Â senior vice president for college networks for ESPN, which will operate the network. “We look forward to providing an array of outstanding SEC programming to Time Warner Cable customers across the country when the SEC Network debuts on August 14.”

The SEC Network will air more than 1,000 live events in its first year, including at least 45 exclusive SEC football games. Kicking off its football coverage will be a doubleheader on Aug. 28 featuring the South Carolina-Texas A&M and Vanderbilt-Temple games.

Two major providers that still aren’t on board are DirecTV and Charter. A Charter spokesperson told AL.com this week that it’sÂ “still in talks”Â with the network.