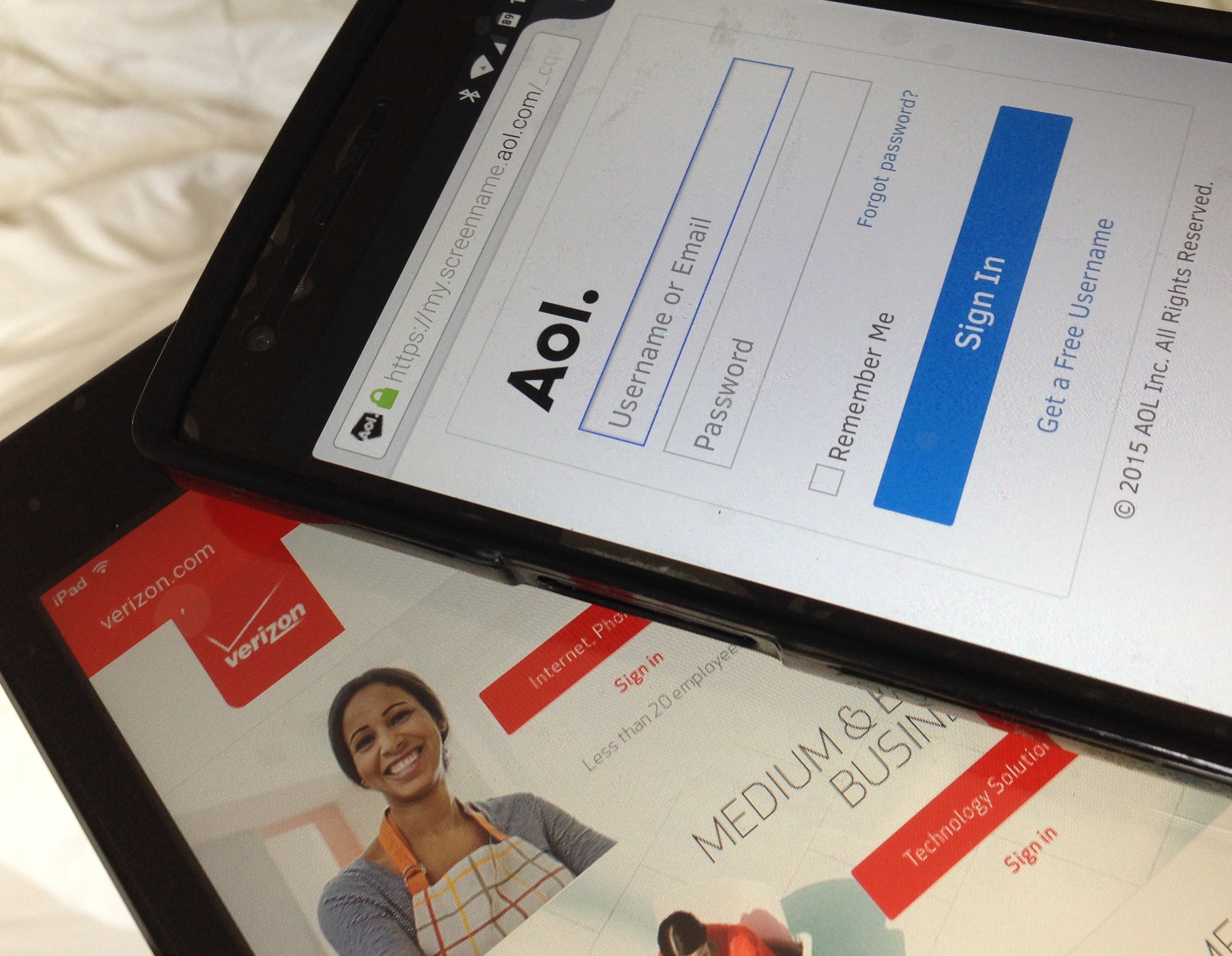 In a move that’s sure to bring back memories of dial-up modems and A.I.M Instant Messenger, Verizon has purchased AOL for $4.4 billion dollars.

The deal aims to create a major new player in the digital media business by combining one of the biggest mobile network providers with a leading content producer.

This is a large facetÂ of Verizon’s plan to dominate a future in which all content — from TV channels to publications — are streamed over the Internet. It also fits into the company’s plan to connect everything from smartphones to TVs and refrigerators in the “Internet of Things.”
AOL, which is perhaps best known for its 90s era dial-up service, has transformed over the past few years into an Internet media giant. It’s online properties include TheHuffingtonPost, TechCrunch, Engadget, Makers, andÂ AOL.com of course.

AOL boasts a significant advertising business, with an estimated $600 million in revenue. That’s also part of the appeal for Verizon as it plans to launch its own digital and video platform later this year.

AOL will become a separate division within Verizon. Tim Armstrong, CEO of AOL (AOL, Tech30), will keep his job.
Armstrong told CNN’s Poppy Harlow that the combination will open new growth opportunities for both AOL and Verizon amid the shift toward mobile devices.

The merger, which is subject to regulatory approval, is expected to close sometime this summer.

Armstrong, whose stake in AOL is now worth $84 million, up from $71 million before the deal, said there are no plans for job cuts. Verizon said it would fund the purchase with cash on hand and short-term corporate loans.

Shares of AOL jumped 17% to roughly $50 ahead of the opening bell. The stock closed at $42.59 on Monday. Verizon shares were down slightly.