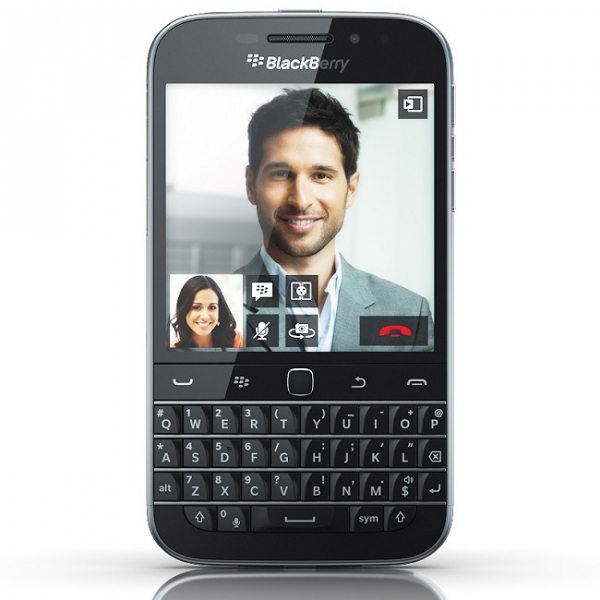 Launching on May 13 is another curious move by up-and-coming T-Mobile, which looks to not want to settle for fourth (and distant) place in the cell wars between AT&T, Sprint and Verizon.

As ZDNet displayed last summer,Â Â T-Mobile and BlackBerryÂ have had a slight falling out and eventually T-Mobile stopped offering BlackBerry devices to customers.

So — maybe in the spirit of love around this Mother’s Day weekend? — T-MobileÂ announced a new partnership with BlackBerryÂ that begins with theÂ BlackBerry ClassicÂ launching next week for $440.

People who love BlackBerry smartphones and want to use one on America’s fastest nationwide 4G LTE network now have that choice. Bringing BlackBerry into our device line-up now also stokes Un-carrier 9.0, which is all about bringing the Un-carrier revolution to business.

T-Mobile will be trying to make BlackBerry cool again, and it will be interesting to see how the niche producer can manage without a massive app store like Apple & Google, and even Microsoft Windows.

The partnership effort, which will deliver the BlackBerry Classic to T-Mobile customers on May 13, also apparently ends a feud between the enterprise smartphone player and the fourth-place U.S. telecom.

According to oneÂ report, BlackBerry CEO John Chen, in an editorial for a media outlet, stated “the bigger the break-up, the better the make-up.” The BlackBerry chief also reportedly claimed he’s willing to don a T-Mobile t-shirt if given one.

That feudÂ startedÂ when T-Mobile decided to try to lure its subscribers who were using BlackBerry handsets to switch over to the iPhone, which then prompted BlackBerry to rip up its licensing agreement with T-Mobile.

The BlackBerry offering via T-Mobile will offer customers the opportunity to grab the Classic on a two-year purchase plan of $18.33 a month, with no money down. According to a press release issued by BlackBerry, T-Mobile has 57 million individual and business customers.

“This new partnership begins by bringing together the productivity and security of the BlackBerry Classic and T-Mobile’s industry-rattling Un-carrier for Business initiative,” states the release.

“Together with T-Mobile, we hope to deliver highly differentiated solutions that appeal to our mutual users: the power professionals who depend on their smartphones to get things done and make things happen,” states Chen in the press announcement.