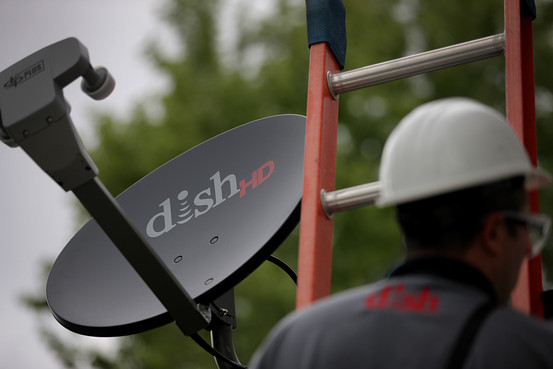 Patience may ultimately pay off for Charlie Ergen.

The chairman of Dish Network has long chronicled his interest in joining his satellite television network with a U.S. wireless carrier, but so far those wireless carriers have been out of reach.

T-Mobile US Inc. was one attractive candidate, but Mr. Ergen has said he did not plan on engaging in a bidding war with Sprint Corp. And Mr. Ergen tried and failed to acquire Sprint itself last year, losing out to Softbank Corp.

Now that Sprintâ€™s move to drop its bid for T-Mobile has come to a close, it looks like Mr. Ergen has the opening to make a move.

The satellite companyÂ owns a large chunk of America’s spectrum, and Mr. Ergen has outlined his vision for using that spectrum to offer Americans the ability to use high-speed wireless Internet to access mobile videos in their homes. Last year, in an interview with the Wall Street Journal, T-Mobileâ€™s CEO John Legere admitted that he was intrigued by the vision Mr. Ergen has laid out.

â€œI think that T-Mobile is executing really well and then layer that on top of Dish Networkâ€™s spectrum, and these companies can cross-sell video, satellite and wireless,â€ said Mr. Harrigan in an interview. â€œThere are huge cost synergies.â€

A Dish spokesperson declined to comment on Sprint and T-Mobile, but said that Mr. Ergen expects to be asked about a possible deal on Dishâ€™s conference call that kicks off at 12 p.m. New York time.